A Personal Tribute to Pierre Chassang

The Passing of a Great Warrior, Man of Peace, a Student of Life and a Perfect Gentleman. 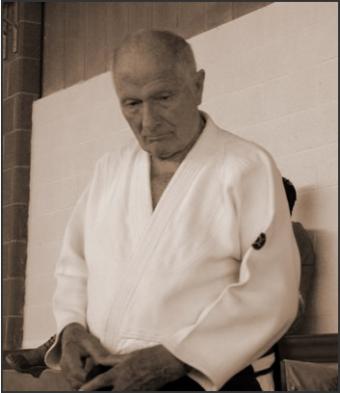 Meeting Pierre in the 1980's was for me like an awakening. He astonished me with his simple, natural, effortless movements and his knowledge and understanding of Aikido. This knowledge he willingly passed on to all his students and to anyone who showed interest.

He commanded attention by his presence and attention, and it seemed that he saw every "technique" in detail. He searched for perfection and simplicity never allowing anyone to forget that for him, Aikido was always a martial art "par excellence".

That very first meeting, after 15 years of practice convinced me that whatever the cost, I had to change. He challenged everything I thought I understood about Aikido. His every word and action challenged me. He gave me a new base, a new foundation that he had gained probably from his life experience. All these years later I still remember his words and quotes he said "be alive to every thing and study all things and you will see Aikido in action; in architecture, in animals, in nature, in the stairs, mathematics, symbols etc etc.

Pierre will live on in peoples' lives, he changed many. He changed my Aikido completely and he made me see life from a different perspective. I live according to the precepts and moral values he taught.

He talked about many things but referred many times about the pilgrimage to Compostella. He has now completed his pilgrimage and I am sure that somewhere within, he found answers that would certainly have given him a contented peaceful end.

Pierre you will live on in Aikido, for where would it be in Europe without you. Every time I have a glass of wine I will dedicate it to you and all you did for me.